A downloadable game for Windows

A US-based computer engineer and innovator returns to his remote family home in rural England following the death of his elderly mother. His agenda: to close the place down and sell it.

But not before he tries out an experimental Augmented Reality device he’s been working on, primed to help him uncover the history behind one particularly enigmatic room in the house – a room that has remained locked since his childhood.

WALLPAPER first featured at Bank Street Arts in Sheffield UK in 2015 and in the Being Human Festival of the Humanities alongside a VR prototype version. It was also exhibited in Porto, Portugal as part of the Electronic Literature Organisation‘s Annual Conference in 2017 and showcased at Wakefield Literature Festival.

The music was created by Barry Snaith

You can view the archived WALLPAPER Blog here to follow the work’s progress since its initial release.

"Highly effective... Wallpaper is the equivalent of a short story, a digital experience that should be studied by blockbusters as far as narrative timing is concerned." - Videogamer.com

“Held my breath through most of it… Beautiful and immersive.” – Jessica Nonedge

In order to download this game you must purchase it at or above the minimum price of $5 USD. You will get access to the following files:

OK I bought this game and downloaded it today and I'm not seeing what everybody else is seeing. There's no game settings? I have no way to change resolution or anything so I'm thinking I'm out 2.50.

Also, I must say, this is the WORST title to name a game if you're searching online for any help on the settings. All I get is how to set wallpaper on a PC.

Hi there - thank you for your comments. WALLPAPER was built using an early version of Unity, so you can hold SHIFT down whilst clicking on the game icon to launch it, and you should get access to some default built-in screen resolution settings. Apologies that this is not obvious! I will mention it in the game description for clarity. Also, in-game, you can press SHIFT+2 to access some other config options.

I really want to say thanks for making this game. The narrative was incredible and, though it was short, I enjoyed the story immensely. I was sincerely expecting a few jumpscares, but the atmosphere really held the tight feeling in my chest as I played through it most of the time. It's strange, but with the main characters name being the same as mine, I felt a little more weary walking through the place and experiencing it.

There were only a few gripes I had with your title. I wish there was an options menu to change a few settings, such as mouse sensitivity and subtitles. The latter's importance would be tenfold for quite a few I assume since quite a lot of the text used was in cursive (and it's harder to read in high-render environments on small pages). It would also benefit others to have the option of scaling the quality (which really restricts who can play your game right now).

One glitch (I believe it may be) is the pacing of the text that comes up throughout the house with the circles. At first I thought it was because I stepped through all the circles that the text coming up on the walls disappeared, but the next time I stayed still it almost seemed to dissolve faster. I'm not sure if this was meant to be read incredibly fast or if it's just a little wonky, but it made me feel like I was missing major parts of the story.

Regardless, your game was really pretty and I feel that it's worth what I paid. I hope you don't take what I've said bad, but rather use it to improve upon the platform from a players perspective.

Thank you very much for your detailed reply. Really glad you enjoyed the game. Your suggestions for improvement are great. There are some quality settings/preferences you can access with SHIFT+2, although at the moment these are not extensive. Will definitely look at the text speed and legibility :) Much appreciated!

This game looks very good. I wish I had the money to buy it.

Thanks. The game will be on sale at discount over Xmas. :)

Hi Dreaming Methods, your work seems awesome. I love the atmosphere and the aesthetics, but what interests me the most is the literature and de writing process that let the player get dragged in to the game. Have you considered to make your game global? If you need to localize your work and make it bigger, I'm all ears!

Hi there. Thank you for your comments! If we get the opportunity to localize the game in the future, we may well be in touch :)

I am beyond confused with this game. So you walk into the house, grab a key, watch a movie, and then leave? I get that youre supposed to explore around and "Read" or "Listen" to the story but how is that a game? I could understand if this was tagged as a visual novel. Its like going to watch a movie and instead of watching the story play out its just the main character reading to you. Show dont tell.

This game is pretty awesome. I fully expected jumpscares but very relieved there wasnt any (aside from the few things that made me jump, but it's pretty easy to scare me). The story line was great, the game itself was beautiful, and I really hope to see more like this! Good job! Feel free to check out my video of it below:

Thank you very much for your comments and review! :)

hello, I cannot install the game. Getting an error, "This title is packaged in a way that is not compatible with the itchio app." Is there another way to install it?

Hi there. Thank you for your message. I've just pushed a new build out - 'WALLPAPER for PC' (the other works if you download it via web browser) - that works fine in the itchio app here. Hope it works at your end - please let me know if not! 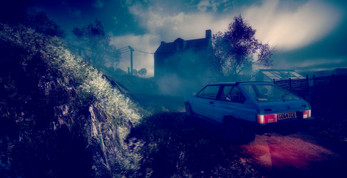 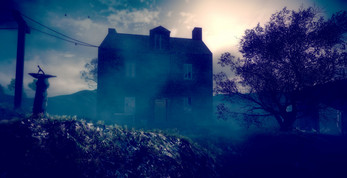 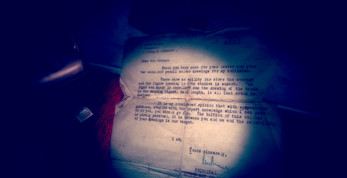 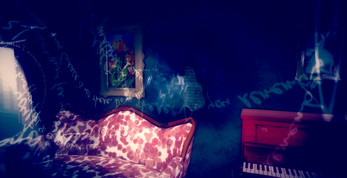 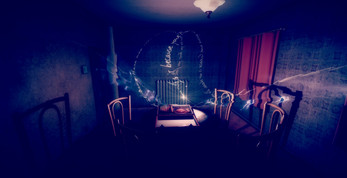